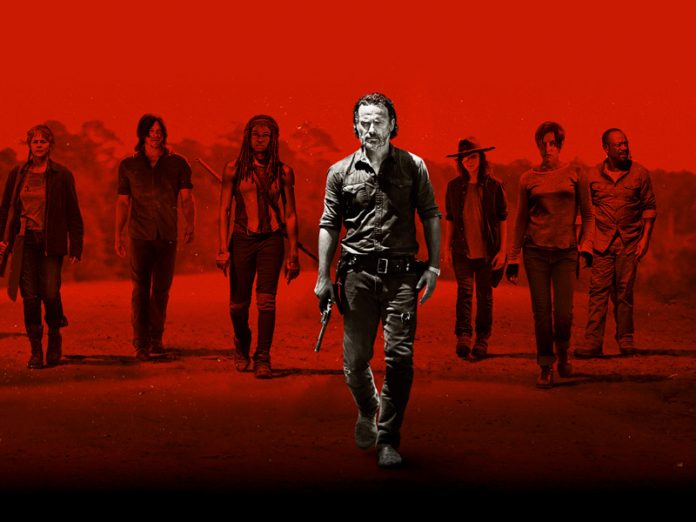 It is unfortunate that human beings cannot tell when a disaster will strike. That’s the case with one of The Walking Dead’s season 8 stuntmen, John Bernecker.

The accident involves one of the actors and Bernecker during a rehearsal of a scene. It was supposed to end with a fight and an eventual fall from a balcony. Sources say that all had gone well until this untimely accident. With that, AMC has been forced to suspend production.

The production was part of the season 8 of the show. AMC has, however, expressed that they are monitoring and assessing the entire situation and promises to get back with new anytime.

In a statement, AMC has also expressed its sorrow for what happened to one of its own, “We are saddened to report that John Bernecker, a talented television and show actor has sustained serious injuries.”

It is also after this incident that sources got to understand that the actor was air lifted to Atlanta’s hospital for specialized treatment. With these latest happenings, AMC released a timeline indicating that season 8 production has been temporarily halted. There is a relief, however, with the fact that the injured actor is not in danger.

After the incident, Bernecker’s girlfriend has expressed her wish and hope that her boyfriend will be back soon with us.

AMC has taken its responsibility and showed support through this incident.

“We are keeping John and his family in our thought and prayers,” the network mentioned in their statement. The horrific accident has brought together the whole crew.

The SAG-AFTRA Actors Union Opens Investigation after the Accident

There has been no mention of whether the production will continue without the presence of John Bernecker, but it is clear from the look of things that he is a highly valued actor.

The SAG-AFTRA actors union in a statement has expressed the need for safety and security of its members at all times.

Rick and Morty Season 3 to Finally Return in July

Game Of Thrones Star Complains Of Sexism In The Industry.