Joey Chestnut popularly known as Joey “Jaws” Chestnut was for a record 10th time crowned the champion of the men’s title in the Nathan’s Famous Hot Dog Eating Contest after he downed 72 hot dogs containing dogs and buns in 10 minutes. In the female category¸ Miki Sudoalso reign supreme by consuming a personal record best of 41 hot dogs in 10 minutes. She has also won the female category 4 times in a row.

The contest was interrupted by five people who tried to stop the event from holding but were arrested by the police. The perpetrators were later discovered to be animal right activists that questioned the motive of holding the contest. They later issued a statement identifying themselves as a group known as Direct Action Everywhere and said they wanted Nathan to stop holding the contest.

This minor incident did not however change the mood of the event as Chestnut broke his personal best record of 70 dogs and buns which he set at last year’s event. The winner, sweating profusely after the contest said “There’s no secret: I love to eat, and I love doing it, I love to win…” He also explained that he had to push his body to the limit to win this particular contest. Carmen Cincotti came second in the battle after downing 62 dogs and buns and Matt “The Megatoad” Stonie who was the winner in 2015 came third with 48 dogs and buns consumed.

Sudo, who was originally credited with 36 hot dogs, had the number adjusted to 41 to claim victory in the women’s category. She later told ESPN that she pushed herself to come back better and stronger this year. Coming in at second place in the women category was Michelle Lesco who consumed 32 ½ buns to clinch the title and in third place was Sonya “Black Widow” Thomas aged 50 with a closely contested spot after eating 30 buns to wrap up the trio of winners.

Whether or not as Joey “Jaws” Chestnut can keep on breaking his incredible record would be revealed in due time. The 4th of July competition ended in a resounding ovation for all the participants and audience. 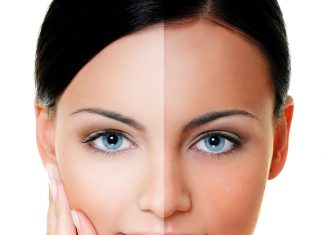